The video below shows an analysis on a mining bin hopper carrying bulk material. The bulk material exerts a normal pressure and shear force (via friction) on the sides of the bin. As more material is loaded into the bin, it can be seen how the deformation and stress levels increase.

The real mining bin hopper structure is shown below. 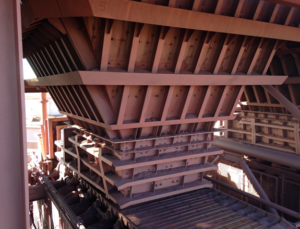 Verification of the design loads was completed using a novel load cell that was developed by Graven Designs (pictured below). The need for in house load cell development arose out of a delay in delivery of bought out load cells. In order to save the project timeline, in house load cells were developed at a reduced cost of the commercial load cells. The result was a happy customer with a rapidly deployed prototype and at a reduced cost. 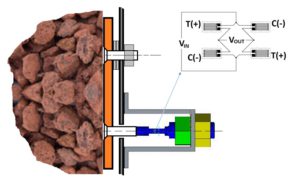 Verification of the loads was completed using the custom Graven Design load cells. The measurements were processed through a rainflow counting algorithm with the help of the WAFO toolbox for MATLAB in order to define a fatigue loading spectrum. The load cell installation and resulting data can be seen in the image below. 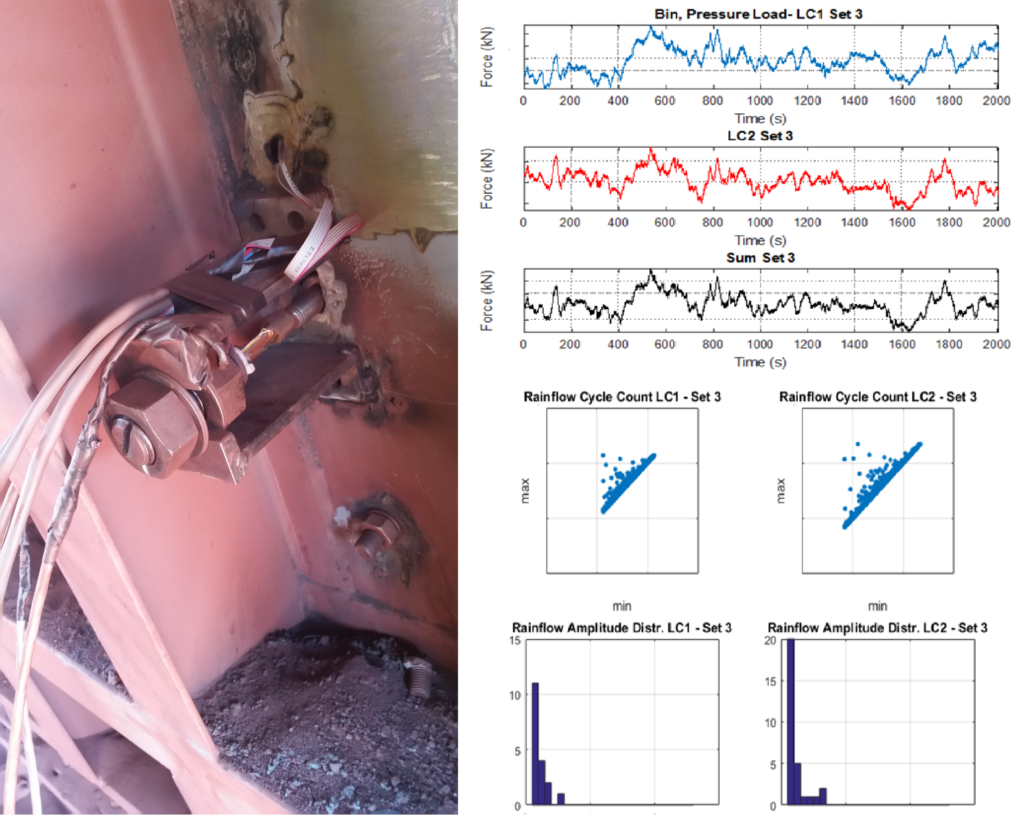